Research at the Innovation and Research Park

Research at the Innovation and Research Park

Researchers within the Brain Science Institute (BSI) are focused on identifying and solving the fundamental issues and diseases that affect brain function and development. Insights gained are used to understand the mechanisms of brain disease leading to the development of new research tools, diagnostics to detect early onset of disease, and novel therapeutics and treatments.

The BSI is comprised of three specific and aligned research centers including:

BSI researchers actively seek collaboration among their peers and with other national and international institutions in the field and industry.

Committed to RFU’s Interprofessional approach to learning, inquiry, and problem solving, BSI scientists are dedicated to nurturing and training the next generation of neuroscience researchers. Center for Neurodegenerative Diseases and Therapeutics

The Center for Neurodegenerative Diseases and Therapeutics (CNDT) is one of three centers that comprise the Brain Science Institute. The focus of the CNDT is to promote and conduct multidisciplinary basic research, leading to clinical research that will increase understanding of the causes and mechanisms of brain dysfunction and degeneration. 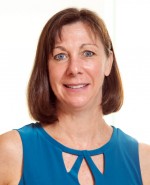 Director of Center for Neurodegenerative Diseases and Therapeutics

The Stanson Toshok Center for Brain Function and Repair (CBFR) is one of three centers that comprise the Brain Science Institute. The CBFR is a research venture whose members share a powerful vision: to discover and develop the means to prevent, repair and even reverse damage to cells and synaptic connections in the brain and spinal cord. In so doing, CBFR scientists aim to provide years of good-quality life to the many thousands of people who suffer from debilitating illnesses and injuries of the nervous system. The Center for Stress Resilience and Psychiatric Disorders (CSRPD) is one of three centers that comprise the Brain Science Institute. Researchers of the CSRPD are dedicated to advancing discovery in the preventive and therapeutic treatment of anxiety-related disorders.

The focus of CSRPD research is to clarify the pathways and mechanisms in the brain involved in the generation of stress resilience, leading to better diagnoses and therapies. Director of Center for Stress Resilience and Psychiatric Disorders

Center for Proteomics and Molecular Therapeutics

The Center for Proteomics and Molecular Therapeutics (CPMT) is dedicated to discovering new biomarkers and advancing their diagnostic and therapeutic potential in fighting disease. Director of Center for Proteomics and Molecular Therapeutics

The Center for Genetic Diseases (CGD) is committed to investigating the broad spectrum of more than 7,000 deadly genetic diseases, specifically caused by aberrant ribonucleic acid (RNA).

RNA is a polymeric molecule implicated in various biological roles in coding, decoding, regulation, and expression of genes and researchers of the CGD are focused on developing therapies that remedy the resulting disease from faulty RNA programming. Specifically, scientists have expanded the utilization of a novel antisense oligonucleotide platform that is designed to target and remedy specific genetic defects.

The Center will work with industry partners and collaborations to achieve translation of this research into new patient therapies and cures. Director of Center for Genetic Diseases

Committed to developing successful therapies and cures, the Center for Cancer Cell Biology Immunology and Infection (CCCBII) is focused on further developing research programs in Viral Oncogenesis and Cancer Biology and promoting a greater understanding of the molecular basis for virus-induced cancers, as well as the role of Inflammation and its role in Pathogenesis, Cancer, and Vaccine Development. The CCCBII is also dedicated to advancing knowledge and understanding of the etiological agents of infectious diseases and host defense mechanisms. 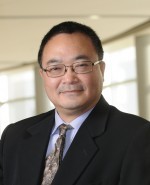 Director of Center for Cancer Cell Biology, Immunology, and Infection