By Kelly Reiss
The PT Class of 2020
Photo by Michael R. Schmidt

A half-century ago, the Department of Physical Therapy (PT) matriculated its first class as only the second baccalaureate program for PT in the State of Illinois. RFU takes great pride in the program’s 1,642 graduates.

The program moved from Chicago’s medical district to the North Chicago campus in what was then the School of Related Health Sciences in September 1976. Its original location was on the Downey Veterans Administration campus, which is now the Captain James A. Lovell Federal Health Care Center. At that time, the MS program in PT was developed.

Over the years, the physical therapy curriculum and degree offerings have adapted to anticipated changes in the profession. The integration of research into the PT curriculum was present from those earliest years, beginning as an elective for the first classes. In 1975, one of the department’s goals was for students to develop research and evaluation techniques so that care given by physical therapists could be critically analyzed. 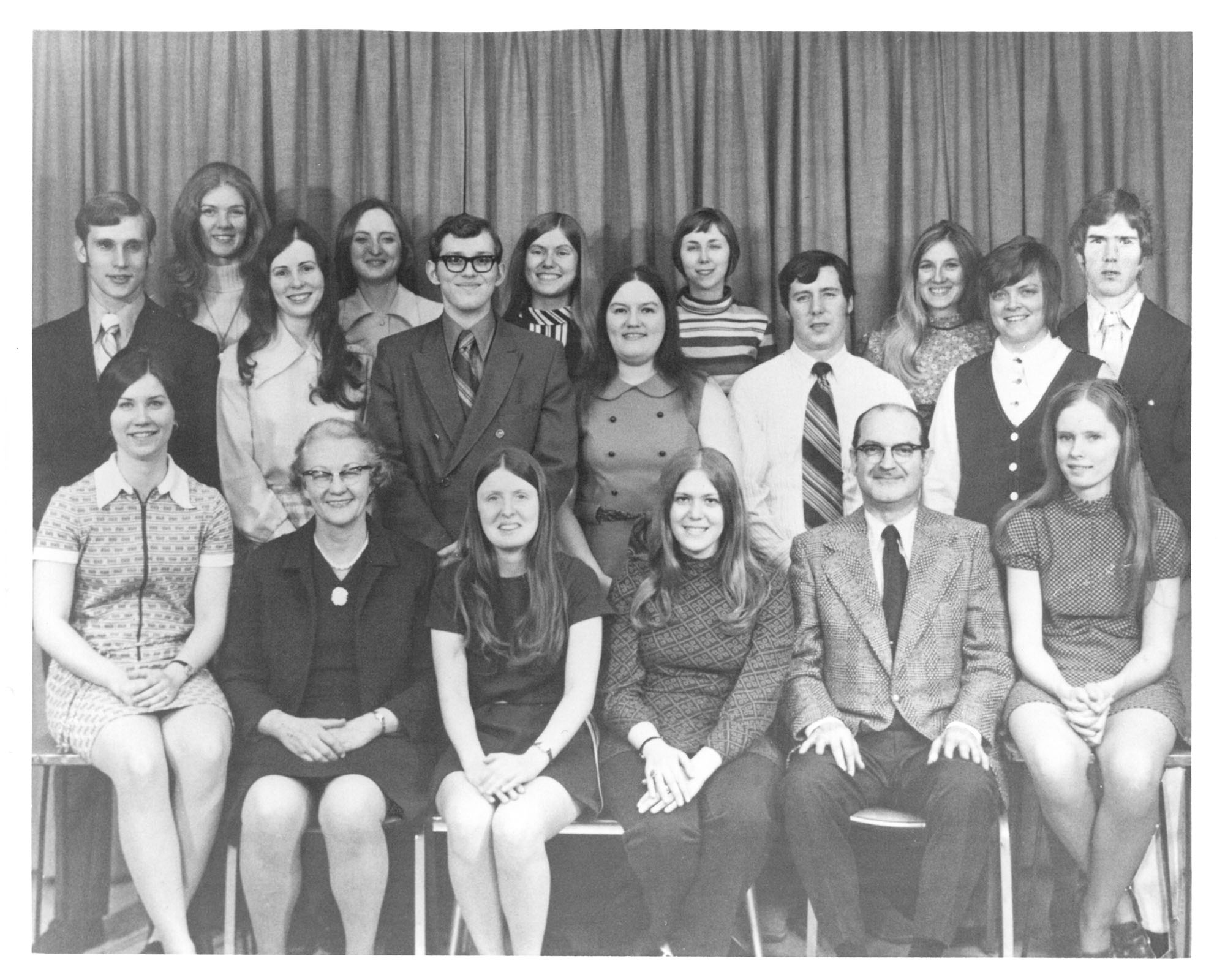 The Department of Physical Therapy's Class of 1972.

“We need to measure not only what is done, but how well, if the public is to be served at optimum levels,” stated John H. Morrison, PhD, who was then dean of the School of Related Health Sciences, precursor of today’s College of Health Professions.

This goal led the students to be active in clinical research and produce a research thesis for an MS degree, which was first offered in 1978 “to encourage those who are already in the field (to) advance their scientific, clinical and teaching skills.” Among the notable developments after this milestone, Dr. Wendy Rheault — who chaired the department from 1983–93 and would go on to become RFU president and CEO — implemented a joint course in research for PT and Medical Technology students. By 1986, both the MS and BS degrees also offered coursework in teaching physical therapy to students of the health professions.

In the early 1990s, the move to develop a clinical doctoral degree pathway for PT was underway. The aims of the DPT program were to reflect the level of responsibility demanded of the physical therapist in the new healthcare environment; improve the quality of patient care; and give students academic credit proportionate to the number of education hours.

In 1999, the last class to receive a bachelor’s degree in PT graduated. And so, by 2000, the shift to postgraduate degree pathways had been successfully completed; a transitional DPT degree offered to those already practicing in the profession also complements the entry-level program. Today, degrees are solely awarded at the doctoral level, reflecting the changes in healthcare teams and physical therapists who have entered the field since that first class arrived in 1970.

Kelly Reiss is director of the Rosalind Franklin University Archives and the Feet First Exhibition.

Please note, any group photo that does not feature physical distancing or mask wearing was taken prior to the State of Illinois issuing such guidelines. RFU has policies in place that require these and many other safety measures.