U.S. Rep. Brad Wenstrup, DPM ’85, ABFAS, the only physician member of the House Ways and Means Committee, serves on the committee’s bipartisan Rural and Underserved Communities Health Task Force. He is also the former chairman of the House Veterans’ Affairs Health Subcommittee.

Named the Dr. William M. Scholl College of Podiatric Medicine 2008 Alumnus of the Year, Dr. Wenstrup helped found the podiatric surgical residency at The Christ Hospital in Cincinnati and served as director of the program from 2011–12. A colonel in the U.S. Army Reserve and an Iraq War veteran, Dr. Wenstrup held multiple leadership roles during active duty from 2005–06, including chief of surgical services, assistant deputy commander and clinical services director for the Wound Care Clinic.

“I am proud to be an alumnus of Rosalind Franklin University, which fills such a diversity of needs in health care and offers an interprofessional learning environment,” said Dr. Wenstrup, who recognizes growing demand and incentives for outcome-based health care.

Dr. Wenstrup has represented Ohio’s 2nd congressional district since 2013. He sees hope for a bipartisan solution on healthcare reform in the CARES Act, the $2.2 trillion economic stimulus bill passed in response to the economic fallout of the COVID-19 pandemic. 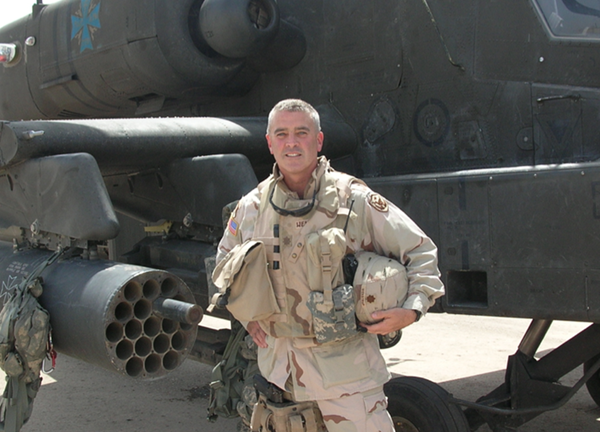 “Everyone, on both sides, came together so fast and got something done,” he said. “We knew there would be glitches, and we have been working to fix those. Action on COVID and more broadly healthcare reform have become so politicized. We have to stop saying ‘no’ just because it’s someone else’s idea. If we can adopt an attitude of, ‘Let’s do it on behalf of the American people’ instead of political party, we will get somewhere.

“But that has to be driven by the American people,” Dr. Wenstrup added. “They have to say, ‘Do something, but do it together.’”

"I know what my goal has to be." Andrew Romero, COP ’22, is keeping busy — and to say that is an understatement. Read how Mr. Romero works toward finding ways to adjust and maintain his study habits during COVID-19. Read More