The pursuit “for a better quality of life for the community” is a mission that defines William Miller, PharmD ’17, who serves as a Walgreens pharmacist on Chicago’s Southwest Side.

Despite the world at large nearly coming to a halt as the coronavirus pandemic spread — and his Walgreens being damaged by looting during this spring’s civil unrest — Dr. Miller recognizes that his pursuit to do valuable work for the community must continue.

I also think because there was a shutdown, it made America pay attention to a lot of the injustice that is still going on in this country that desperately needs to be fixed.

“The fact that it’s COVID still doesn’t change the fact that somebody needs their high blood pressure medication, or somebody needs their cholesterol medication. Because even though the city has basically shut down for a while, I look at it as, you know what, everything has shut down, but somebody with a medical condition — like I said, high blood pressure — that condition doesn’t realize that COVID is going on… That’s not going to stop, and because of that we can’t stop.”

Dr. Miller notes one of the driving forces behind his profession is the ability to help regulate his patients’ medications, and therefore help prevent lengthy hospital visits or lifelong ailments. As a pharmacist, he is face-to-face with the highs and lows many of his patients experience — which have only been exacerbated during such an extraordinary time.

“You have a lot of people that are just upset about being sick or having high blood pressure, or diabetes, or in some cases cancer. And you add that on top of … now there’s a pandemic, and now we’re also going through racial inequality as well — it’s a lot for everybody to deal with.”

The same perseverance Dr. Miller demonstrated as the pandemic took full effect was put to the test in late May following the murder of Mr. George Floyd, as looting descended upon Chicago and his Walgreens location was destroyed.

“Unfortunately,” he said in mid- September, “we were one of the stores that was just so badly damaged that it’s going to take a very long time before we get back in the building.” 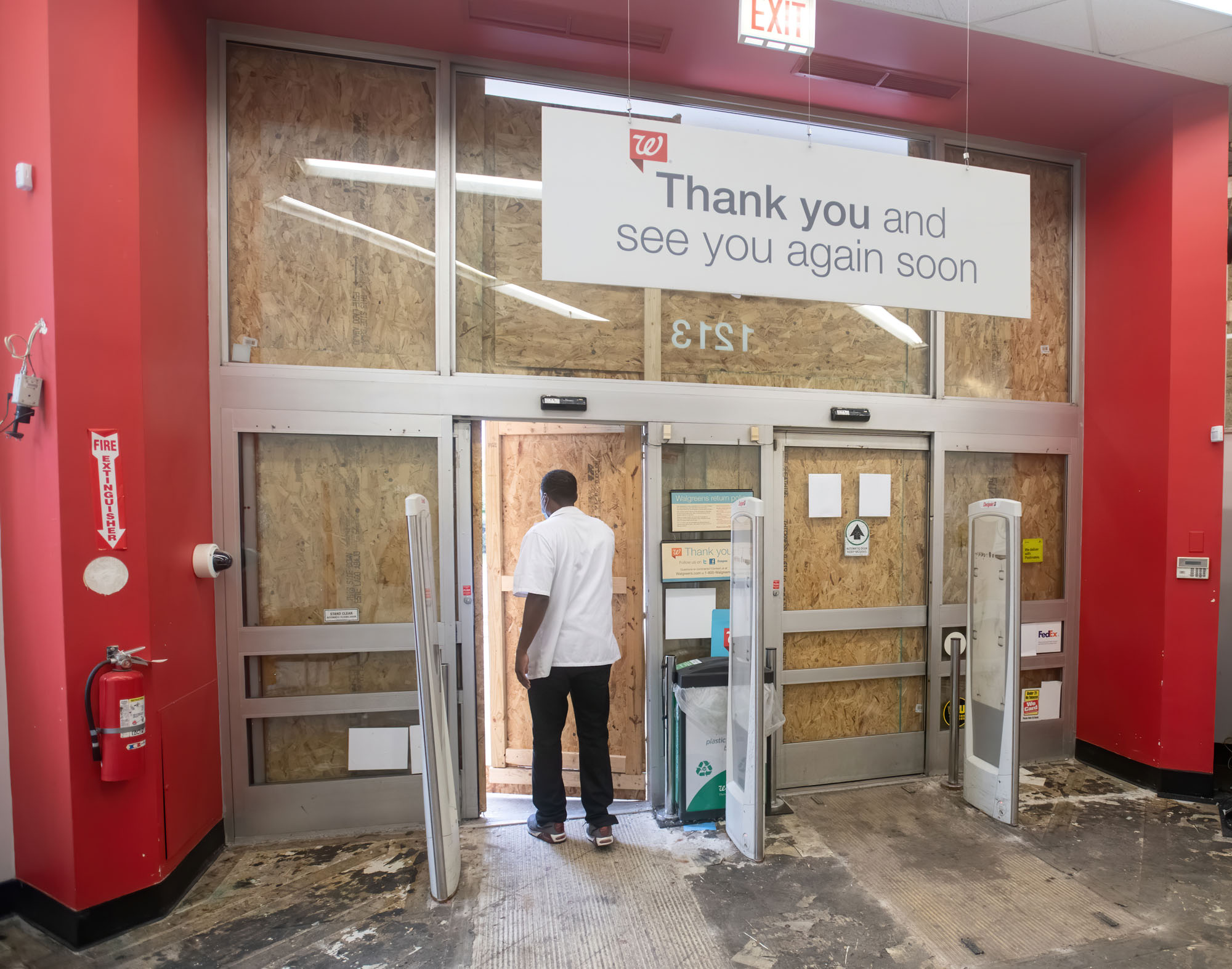 William Miller, PharmD ’17, after looting descended upon Chicago and his Walgreens location was damaged.

The local pharmacy — instead of closing its doors to the countless people relying on its services — set up a mobile unit in the parking lot and continues to operate as a full pharmacy as well as offer flu shots and a range of other vaccines. For Dr. Miller, no matter what is happening in the world, going the extra mile to ensure patient and community health illustrates his dedication.

“I know that a lot of people have said that overall, 2020 has just been a terrible year; I wouldn’t say that. I would say that 2020 has not been a bad year — it’s been an interesting year,” he said. “I think as far as from a health standpoint, it allows people to pay more attention to their health.

“I also think because there was a shutdown, it made America pay attention to a lot of the injustice that is still going on in this country that desperately needs to be fixed. And I think that if this was a regular year, where there wasn’t a pandemic … it would have been a day or two of, ‘You know, that’s too bad,’ and then everybody going on with their lives. But the fact of the matter is, COVID forced everybody to pay attention.”

Despite having to arrive early to set up the mobile unit; leaving late from a long shift after breaking the unit down; working in close quarters with coworkers; and managing the challenges that accompany an outdoor work environment, Dr. Miller said when grateful patients recognize the dedication from him and his coworkers, “It gives you a sense of feeling that we’re doing great things here, and it’s kind of what helps you continue to push on, even though you may be in hard times.”

The Art of Medicine: Benchtop to Bedside We asked Dr. Jeffrey Bulger to address how the humanities are crucial to teaching and learning around the practice of medicine, health care and research. Read More

Speak from experience and share your expertise. You can make a difference by mentoring current students and connecting with student clubs and organizations.

Support Scholarships for the College of Pharmacy