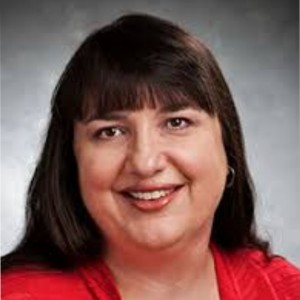 Dr. Sanja Nikolich attended Northwestern University where she was awarded a BS in Medical Science through the Honors Program in Medical Education in 1987 and an MD in 1989. After completing her General Surgery residency at the University of Illinois Metropolitan Group Hospitals in 1994, Dr. Nikolich spent an additional year at Advocate Illinois Masonic Medical Center as a Fellow in Trauma and Critical Care Surgery. She maintains board certification in General Surgery and has Added Qualifications in Surgical Critical Care. Dr. Nikolich is a graduate of Northwestern University’s Master’s Program in Healthcare Quality and Patient Safety and is currently enrolled in the Certificate in Surgical Education Leadership (CASEL) program through the American College of Surgeons.

She has been a member of the Trauma and Critical Care staff at both Advocate Illinois Masonic Medical Center and at Advocate Lutheran General Hospital. She was one of the first Critical Care physicians to join the staff of Advocate’s eICU TM when it opened in 2003, and she became its Assistant Medical Director in 2013.

She is an Assistant Professor of Surgery, Clinical Track, at Rosalind Franklin University of Medicine and Science/Chicago Medical School, its Assistant Education Director for Surgery, and is involved in teaching both students and residents. She is a member of the governing committee of the University of Illinois Metropolitan Group Residency in General Surgery and serves as the Site Director for the third-year medical student clerkship in Surgery at Advocate Lutheran General Hospital. Dr. Nikolich is a Course Director for the American College of Surgeons Advanced Trauma Life Support (ATLS) program. She has been honored with several awards for teaching, including induction into the Alpha Omega Alpha (AOA) Medical Honor Society and ATLS Instructor of the Year 2015 from the Chicago Committee on Trauma.