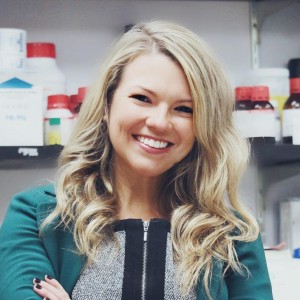 Dr. Hunsberger received her undergraduate degree in Chemistry from West Virginia University. She then went on to pursue her PhD under the mentorship of Dr. Miranda Reed at West Virginia University. There she studied glutamate’s role in Alzheimer’s disease (AD) using novel microelectrode array technology. After receiving her PhD in Behavioral Neuroscience, she moved to New York City for her postdoctoral position under the mentorship of Dr. Christine Denny at Columbia University. There her work focused on how the metabolome differs between age-related cognitive decline and AD and how anxiety impacts AD progression. During that time, she also became interested in sex differences throughout aging and AD. 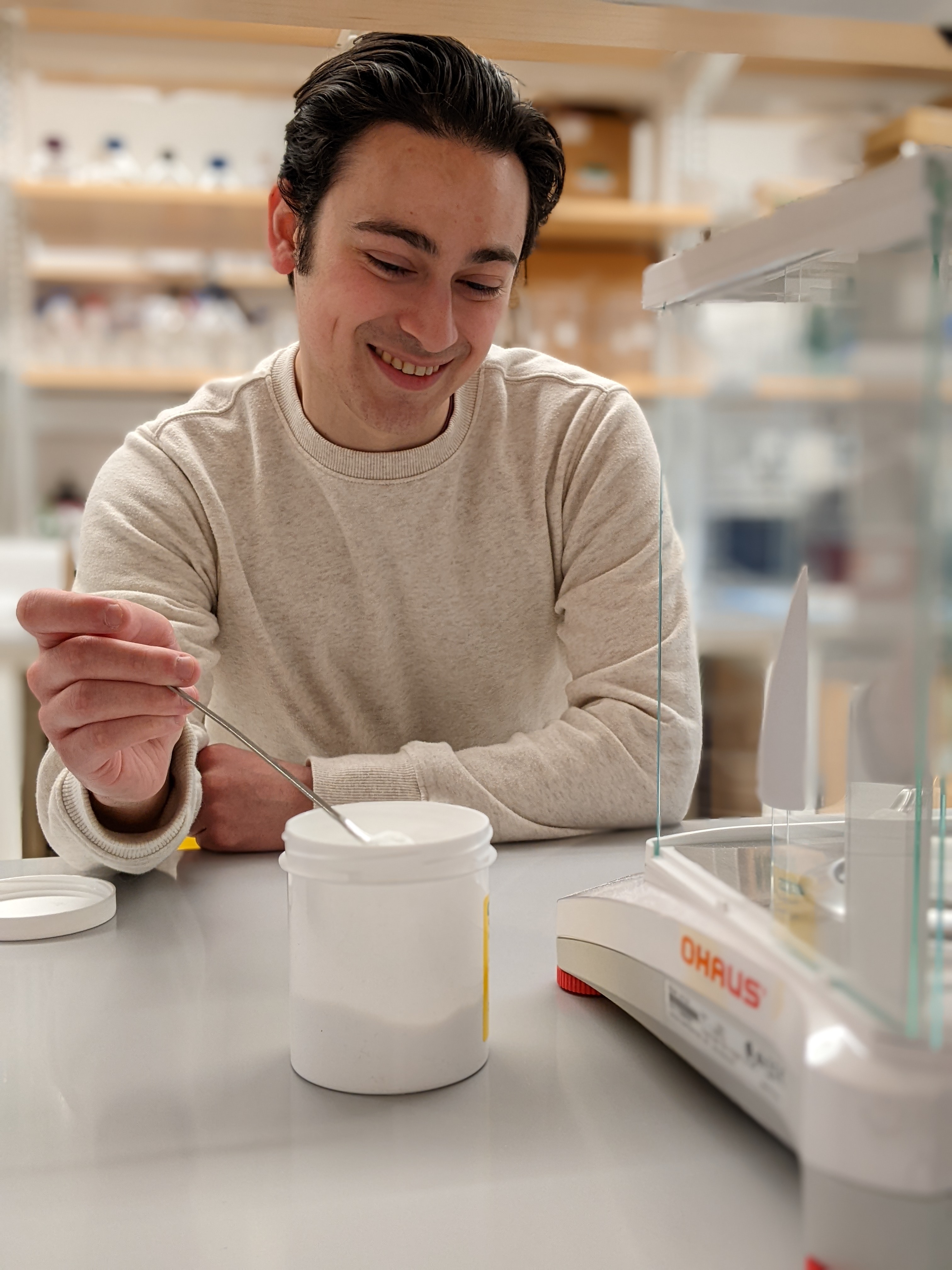 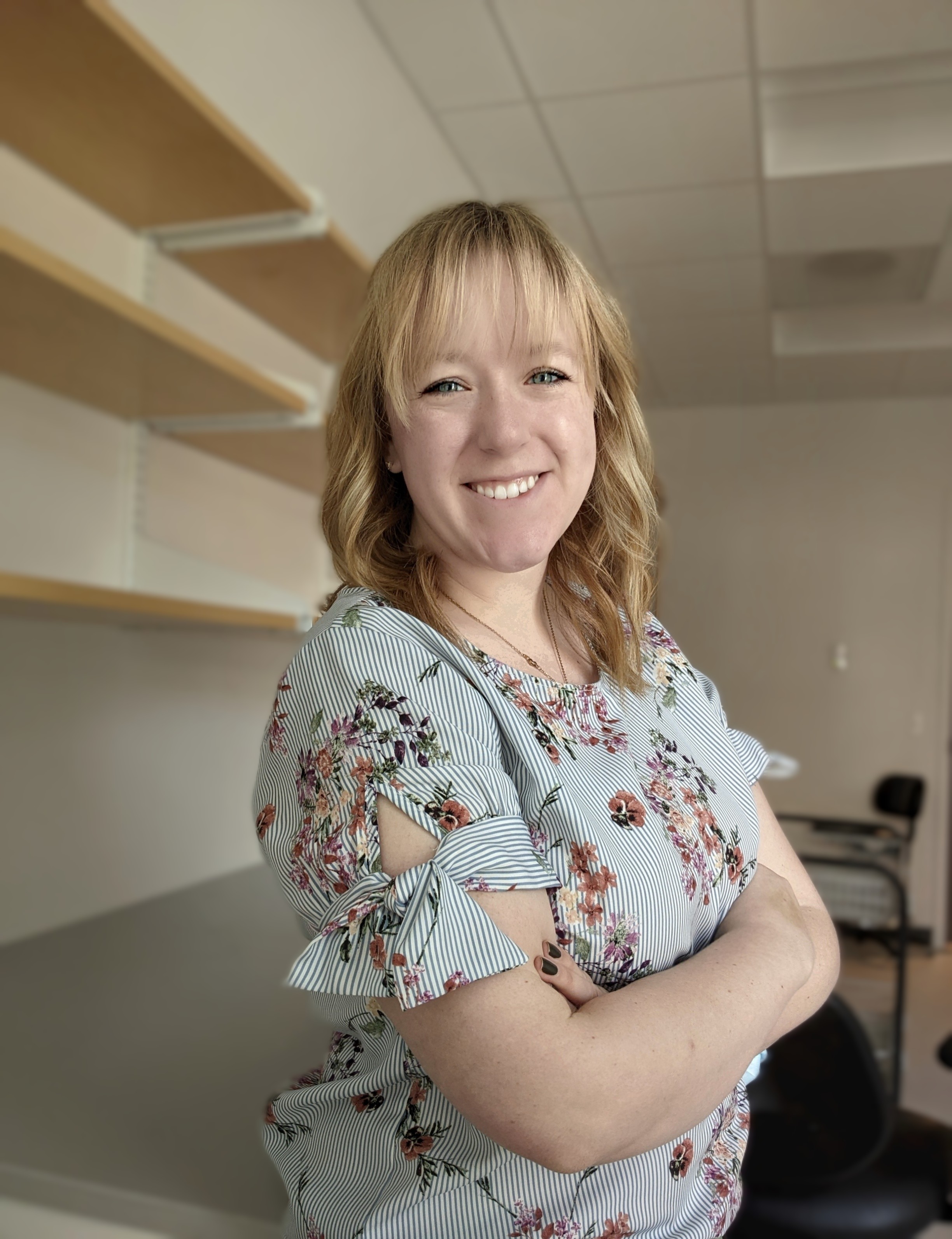 My current research interests focus on dissecting the effects of anxiety and anatomical sex on the neural circuits that are altered in aging and Alzheimer’s disease. In 2019, I was awarded a K99/R00 (K99AG059953) entitled, “The sex-specific impact of anxiety on Alzheimer’s disease progression,” from the National Institute of Aging (NIA). I aim to understand why females are more susceptible to AD and to create personalized therapeutics for males and females. I am working to bridge the gap between mouse and human studies of AD by partnering with clinical researchers to ask novel questions using big datasets.

Alzheimer’s disease (AD), a progressive and debilitating neurodegenerative disorder, stands alone as one of the ten leading causes of death in the United States that cannot be prevented, slowed, or cured. Interestingly, psychiatric disturbances, such as depression and anxiety are observed in 90% of AD patients and these symptoms usually manifest long before AD onset. Although much of the field has focused on the link between depression and AD, recent clinical evidence supports that anxiety can predict the progression to AD above and beyond depression, brain atrophy, and cognitive impairment. Studying the relationship between anxiety and AD should thus provide crucial insights into the mechanisms underlying cognitive decline at a vital therapeutic time window. Additionally, anxiety and depression affect women more often than men and although two-thirds of AD patients are female, a majority of literature probing the etiology of the disease has been male-focused. In fact, the first documented AD patient was a woman, Auguste Deter. How exactly sex and anxiety impact AD progression remains unclear. To answer these questions, I use transgenic AD mice, behavior testing, whole brain imaging, optogenetics, and Ca2+ imaging.

The ArcCreERT2 mice are used to permanently tag activated neurons after an experience (Denny et al., 2014; Root et al., 2014). To achieve both temporal control and flexibility in transgene expression, a CreERT2 system was placed under the control of the Arc gene promoter. in vitro studies have established a requirement for Arc in long-term memory of hippocampus-dependent tasks. This line is unique in that, unlike previous semi-permanent tools, it allows for the permanent tagging of previously active neural ensembles. The ArcCreERT2 mice are bred to an enhanced yellow fluorescent protein (EYFP) line, allowing for indelible EYFP labeling of Arc+ cells after administration of 4-hydroxytamoxifen (4-OHT). Therefore, cells that express Arc+ after an experience will be tagged in green, thus allowing for a comparison between cells that are activated during one experience with those that are activated during a second experience. By crossing the ArcCreERT2 x EYFP mice with the APP/PS1 AD line, we can measure changes in neural circuitry between males and females, across ages, and throughout AD progression.

Compositions and methods for the treatment of Alzheimer’s disease and other neurodegenerative diseases
Patent Application No. 63/236,418
Filed: August 24, 2021

11/01/16-10/31/18
2T32MH015174-40
Translational Neuroscience Training Grant (PI: Hen)
NIMH
Role: Post-doctoral fellow
The primary goal of this proposal is to train postdoctoral fellows for careers as independent researchers at the interface between neuroscience and psychiatry as well as neurology.