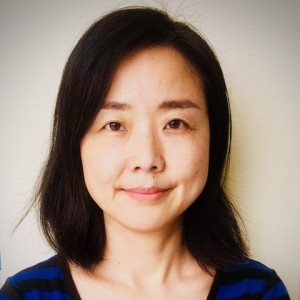 Dr. Hwang received BS and MS in Electrical Engineering from Seoul National University in 1999, working with Dr. Sung June Kim. Then she received her PhD in Biomedical Engineering from Johns Hopkins University in 2004, working with Dr. Reza Shadmehr. After that, she did her postdoctoral research in Systems Neuroscience, first in Dr. Richard Andersen's Lab at California Institute of Technology and then in Dr. Takaki Komiyama's Lab at the University of California, San Diego. She joined the faculty at the Chicago Medical School as an Assistant Professor in August 2020.

Finding and executing the best course of action is a fundamental function for survival and wellness that the brain serves. Many neurological disorders and aging affect how people choose and perform actions, often reducing the quality of life. Our lab examines how the brain circuits operate to select an action, fulfill the chosen action through movements, and learn from the action outcome in both health and disease. We ultimately aim to apply this scientific knowledge to developing treatments for impaired action control and learning in various neurological conditions.

Information flows in the action control circuit in health

Any brain function is a work of multiple brain areas that are interconnected for coordinated information processing. So, characterizing which areas are connected and what kinds of information move along the connected areas is critical for a holistic understanding of the neural circuit. It is also important for identifying the effective nodes for targeted intervention in different disease conditions. To elucidate the connectivity and information flows in the action control circuit, our lab probes three key questions:

To answer these questions, we utilize a variety of experimental tools in the mouse model. We perform behavioral modeling to infer the essential information and computation that account for the animal’s behavior. Using in vivo two-photon microscopy, we record the activity of neural ensembles accompanying the observed behavior to identify what kind of information the activity best represents or processes. To infer the necessary functional role of specific neural ensembles, we selectively activate or inactivate them using optogenetics and monitor its effects on behavior. Using transsynaptic viral tracers, we unravel the specific upstream input or downstream output neurons that are anatomically connected with specific cell types in an area of interest.

We first apply these techniques to a well-known node in the action control circuit, posterior parietal cortex (PPC), and address the three key questions surrounding PPC. Then, iterative applications of this approach to the newly revealed upstream and downstream areas of the already characterized nodes will gradually disclose the long chain of information processing in the action control circuit.

Information flows in the action control circuit in disease

Aging and many neurological disorders such as Parkinson’s disease, addiction, and dementia present adverse patterns of action control. Comparison of the information processing and flows in the action control circuit between health and disease will unravel the neural substrates that may be responsible for the altered behavior and thus could serve as precise targets for treatment. For instance, we found that a specific subset of PPC neurons mediate idiosyncratic decision bias in action selection, which raises the possibility that some neurological conditions may alter PPC such that it generates maladaptive idiosyncratic bias that interferes with optimal action selection. We also found that suppression of another subset of PPC neurons increases the variability of movements, suggesting that alteration of PPC may account for the decreased reliability of movements in some neurological conditions. As such, the known information processing flows in the action control circuit in health enable us to infer potential neural substrates and mechanisms underlying altered behavior in neurological conditions. We test these hypotheses by recording and manipulating the inferred neural substrates in the mouse model of disease.

Many skillful perception, cognition, and movements involved in action control are a product of long-term learning. A surprising recent finding is that the seemingly same behavior could be generated by different neural circuits, depending on the learning stage. For instance, novel movements in the early phase of learning might be controlled by motor cortex, but once the movements become well learned and consolidated, they are no longer under the control of motor cortex. It has been suggested that new subcortical pathways bypassing motor cortex take over the role of motor cortex after long-term learning, which may be more adept for stable and automatized execution of movements. Our lab is interested in investigating how information flows in the action control circuit change over the course of learning as a new circuit dedicated for the well-learned behavior emerges.