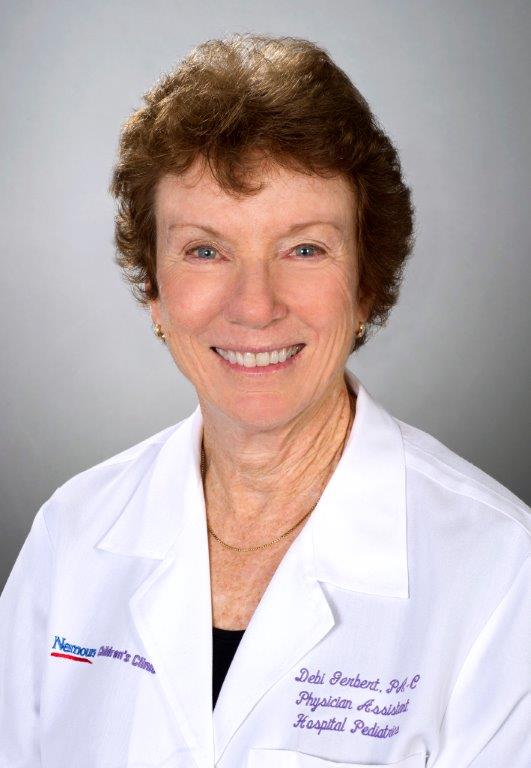 Ms. Deborah Gerbert left the south where she’d grown up and attended college to enter Physician Assistant education at the University of Oklahoma. She completed her undergraduate degree in biology at Emory University in Atlanta in 1976. It took two years to accumulate the necessary patient care experience hours required for admission before moving to Oklahoma in 1978. The University of Oklahoma program, at that time was led by four PAs who collectively had been AAPA President for six years of its ten year history. It was steeped in the politics of the profession and Ms. Gerbert caught the bug. Her professional political career began as a national student officer. She then went on to serve and chair various committees and councils within the American Academy of PAs. Her service in the AAPA House of Delegates, is perhaps her most favorite. She was a House Officer from 1989-1993, including serving as Speaker of the House from 1991-1993. She became AAPA President in 1994. She proudly represented the PA profession at meetings of the American Medical Association’s House of Delegates from 1996-2004.

Her clinical career has been spent in pediatrics, in Jacksonville, Florida. It has included working in an outpatient clinic within the University of Florida teaching hospital, the Pediatric Intensive Care Unit in Wolfson Children’s Hospital and currently hospitalist PA for the general pediatric service of the same hospital. In all of these settings she has enjoyed working with PA students and pediatric residents. Ms. Gerbert took a 5 year hiatus from clinical practice to become the founding Program Director at Nova Southeastern University’s PA Program in Jacksonville. In each new encounter she was the first PA to function in that role.

Her mark on the PA profession in Florida started soon after moving there in 1980. Ms. Gerbert was elected Secretary of the Florida Academy of PAs in 1982 and President in 1984. She has represented Florida in the AAPA House of Delegates since 1980. She has served on numerous committees, her favorite being the Legislative and Governmental Affairs Committee. She was appointed to the PA Council of the Board of Medicine in 2003 and served as its Chair from 2006 to 2010. She now serves on one of the Probable Cause Panels of the Board of Medicine, which is the disciplinary arm of the agency.

She has been married to Jeff for 21 years. In 1998 they adopted their daughter, Kim, from China who is now a high school junior.