To the untrained eye, something as simple as an error in a magazine advertisement might go unnoticed. However, for Howard Liebeskind, DPM ’78, FFPM RCPS(Glasg), DABMSP, FAAPSM, spotting a design flaw in a misleading ad for running shoes catapulted the start of a 42-year career in podiatric sports medicine.

“I was always passionate about sports medicine, even though I was just starting out,” Dr. Liebeskind said. “And this is how it all started.”

Upon mentioning the mistake to his father-in-law, he was persuaded to call the magazine, which he admitted “wasn’t my style back then.” But Dr. Liebeskind — who has an in-depth understanding of biomechanical design concepts in regard to footwear — listed his concerns to the editor: “There was a picture, there was a description, and it was polar opposites.”

That one phone call landed him in conversation with the president and design team of the running shoe company, which he prefers not to name. This led him to another career opportunity, and another, “and then it just went on and on and on. My father-in-law gave me a magazine, and it all happened.” 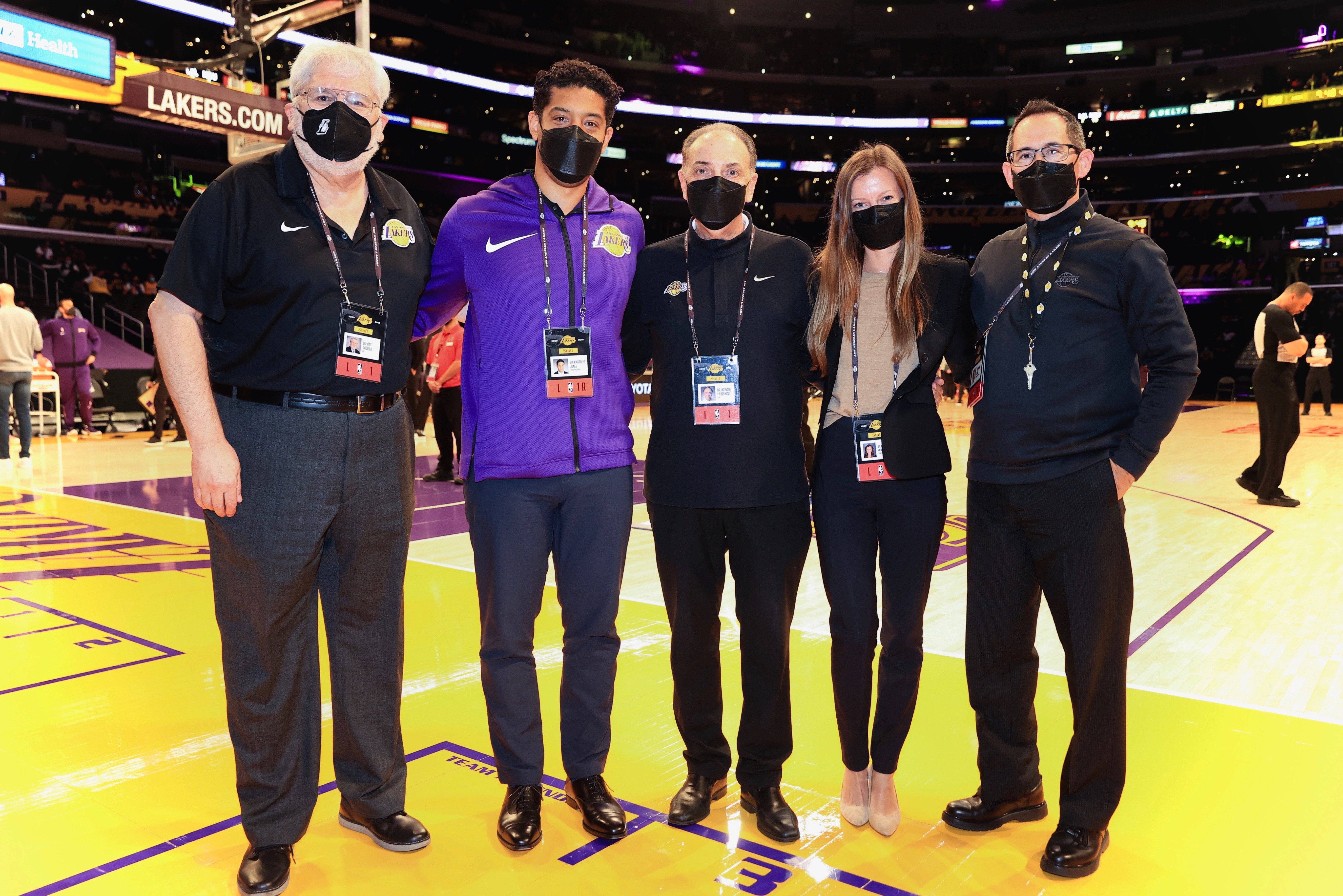 The role of sports podiatrist, as Dr. Liebeskind puts it, “is to manage the podiatric needs of the beginning, intermediate, advanced and professional athlete through prevention and performance optimization, as well as treatment of injury and illness.” But his nuanced role as part of a professional team’s entourage — or the “team’s team” — requires a perpetual readiness.

Whether he is bouncing from one training room to the next, seeing players before they fly out for their next game or providing custom care for each athlete, Dr. Liebeskind and the 120 pounds of equipment he travels with — including various necessary instruments for palliative services, an EMS Swiss DolorClast Classic with a compressor and required handpieces to provide radial extracorporeal shock wave therapy (rESWT), athletic shoes and orthotics he dispenses to players, and a duffel bag of extra supplies as a backup to what is stocked in a training room — are on deck.

And while the top priority is tending to elite athletes’ injuries — plantar fasciitis being an increasingly common one — Dr. Liebeskind notes that his work is largely preventive and precautionary. This mindset compelled him to compile the mantra of “The Team Podiatrist and the Eight Ps: proper, prior planning and preparation prevents partial and poor performance.”

Without question, LeBron James stands out to me as one of the most prolific and proactive professional athletes I’ve come across.

“My purpose is to assess players,” he said. “To do appropriate physical examinations preseason, and do very proactive assessments (and) 3D scans in preparation for the possible need for a functional orthotic appliance, very specifically geared and tailored to the player’s need — and especially to work well with the selected footwear that they use during athletic play. I’m in a position where my goals and objectives are clearly to avoid the common pathologies that a podiatrist sees.”

An athlete’s health doesn’t start and stop with preventive care and assessment. The athletes, too, have to be invested in their overall wellness. Over Dr. Liebeskind’s extensive career, he said, “Without question, LeBron James stands out to me as one of the most prolific and proactive professional athletes I’ve come across. Especially when it comes to recognition and acknowledgment of podiatric issues that can affect an athlete’s performance.”

According to Dr. Liebeskind, James’ appreciation of administered palliative care and the use of well-fitting, well-designed basketball shoes that offer control, comfort and support have helped the four-time NBA Most Valuable Player achieve peak performance levels over the course of his career. He summed this approach succinctly: “LeBron just gets it right.” 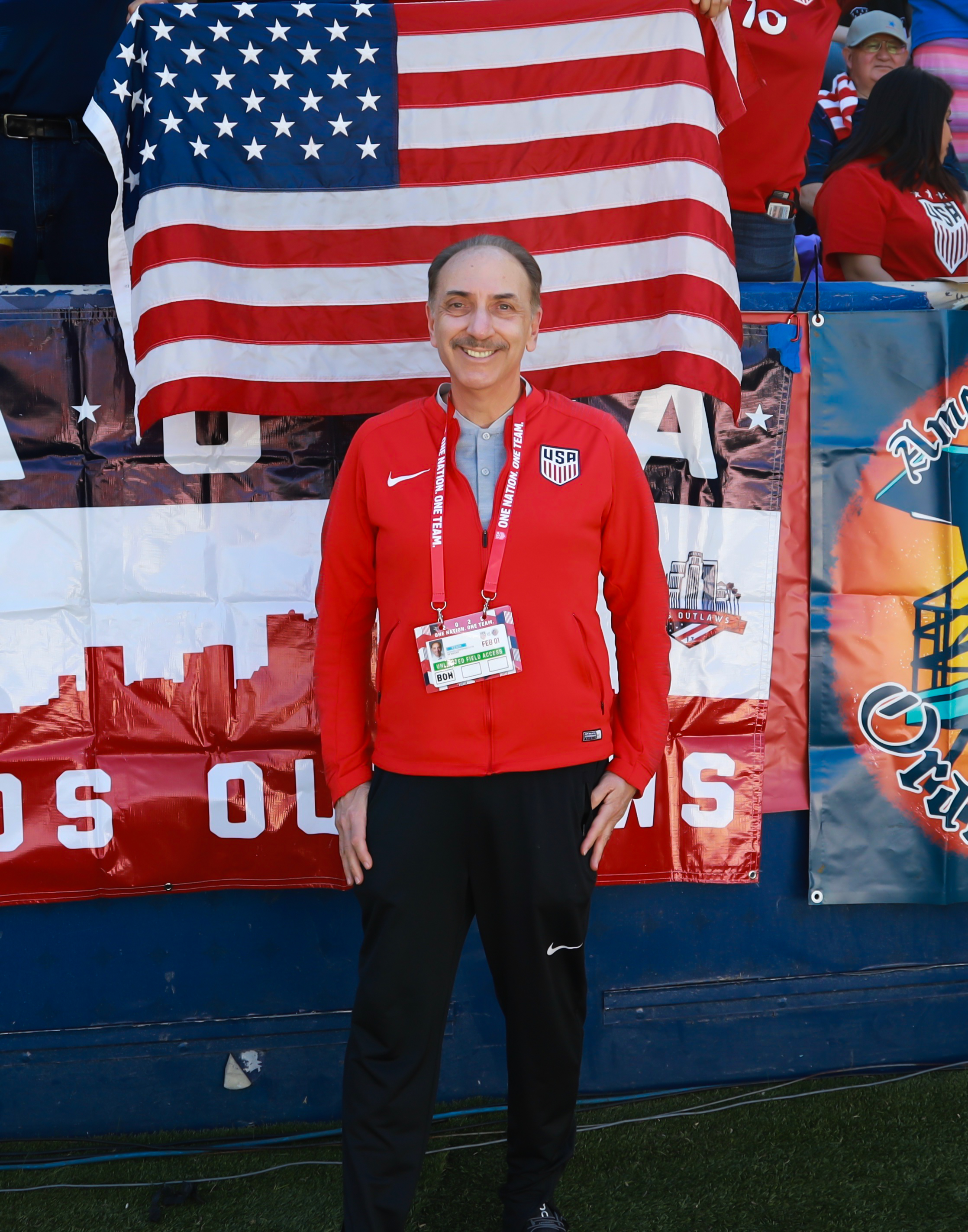 In his role with the U.S. Men’s National Soccer Team, Dr. Liebeskind was on site for an International Friendly match in Carson, California, against Costa Rica in February 2020.

Regardless of a player’s commitment to general health, one of the obstacles to the care Dr. Liebeskind provides is sport-specific footwear. While the majority of athletic wear is designed to aid athletes in their pursuits, not every shoe is created equal. Dr. Liebeskind feels proper, sport-specific footwear selection is a necessary ingredient in achieving optimal performance levels in sport — given that improper shoe selections can lead to a variety of clinical issues and concerns.

Dr. Liebeskind is adamant that a lack of proper palliative care to counteract conditions that might seem minor “can become a very significant concern for both player and franchise. It can make the difference between winning and losing.” Wellness for any athlete, regardless of status, is paramount. For those who do not have access to a full team of sports medicine specialists, Dr. Liebeskind encourages sound, evidence-based searches for a better understanding of the body and its ailments.

Though his career was ignited by coincidence, Dr. Liebeskind plans to continue with the same fervor he has shown in the past four decades.

“I live by the mantra ‘you rest, you rust,’” he said. “I’ll start to slow down only when I’m no longer affiliated with the teams I serve, but there’s nothing in sight that suggests I’m going to even think about slowing down, because of my love for what I do.”

What's in the Bag?

Dr. Liebeskind travels with over 120 pounds of equipment:

Leadership Message Rosalind Franklin University is entering a new year with great optimism and resolve, grounded in science and committed to helping lead the fight for a healthier future for all. Read More

Editor's Note As we explore the concept of lifelong wellness in this issue of Helix, we draw inspiration from a recent mini-reunion. Read More

In the Swim A few weeks after returning from the COVID-delayed Tokyo 2020 Olympic Games, Brian Cunningham, DPT ’08, reflected on his role in preparing Caeleb Dressel and other members of the U.S. Swim Team to chase down 30 total medals, seven Olympic records and two world records. Read More

Moving Forward When Kina Peppers, MD ’01, delivered the keynote address at the Chicago Medical School’s White Coat Ceremony in September, she told members of the Class of 2025 that they would wear many white coats throughout their lives and careers. Read More

Interim Deans Appointed at CHP, COP Smooth and capable transitions were assured in mid-2021 when both the College of Health Professions and the College of Pharmacy appointed interim deans from within their ranks. Read More

Physical Activity: Moving Forward to Reverse Chronic Disease We do not need a microscope to assess our wellness. Exercise, along with a healthy eating pattern, has been proven to be a powerful combination to combat all non-communicable chronic disease. Read More