To excel in life, opportunities are needed. The rest relies on passion and hard work.

Sarah Mata, 18, a senior at Grayslake Central High School, is a first-generation American who was afforded an opportunity by way of her mom and dad migrating from their home in Mexico to the United States, hoping to give their children a better life.

Through her academic work and achievements, Miss Mata is on track to be the first in her family to go to college. Beyond that, another opportunity Miss Mata is taking advantage of is one provided by all of the people who make possible the Influence Student Potential and Increase Representation in Education (INSPIRE) program at RFU. Since its inception in 2011, INSPIRE has created a pipeline for mostly Latinx students pursuing higher education in the fields of science and biomedical research.

We came from Mexico, and we started from the bottom. I know whatever it is we invest in her will be worth it.

Miss Mata’s first stint in the eight-week program last summer felt like a very new experience, she said, as she had never been exposed to so much information in anatomy and physiology. While challenging at first, once she figured out a method to learn the material presented by student mentors and faculty, Miss Mata said she “enjoyed seeing how everything came together.”

She had been interested in the medical field, and taking part in the INSPIRE program has solidified her choice. Her will is there, and the moral support from her parents is there, too. But coming from a family unfamiliar with navigating higher education, so much is a mystery.

“I had no idea how I’d get there,” Miss Mata said of her goal to be a physician assistant in OB-GYN. INSPIRE is changing that. “It makes you realize that you can do it. The journey seems more enjoyable and less stressful.”

Making sure INSPIRE students’ families understand the importance of their support is a key component of the program, said Professor Hector Rasgado-Flores, MSc, PhD, chair of INSPIRE and Chicago Medical School director of diversity outreach and success. He developed INSPIRE knowing the barriers that underrepresented populations face. 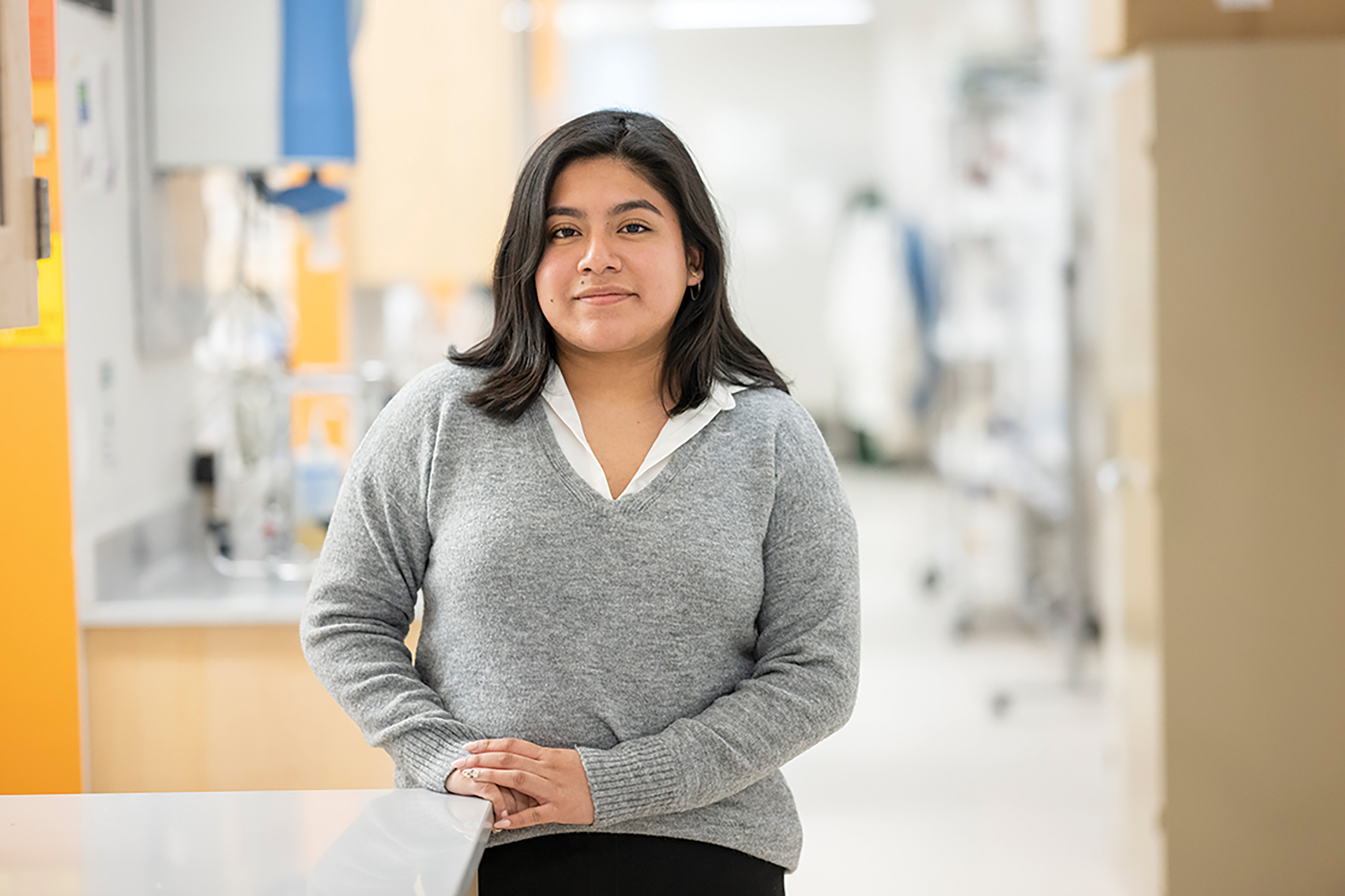 “That family support is critical,” Dr. Rasgado-Flores said. “It’s different for students who come from homes where they have role models and financial means.” He added that immigrant families who face hardships want their children to pursue higher education, but their financial standing keeps them from thinking they can achieve that.

“We came from Mexico, and we started from the bottom,” said Miss Mata’s mother, Maria Padilla. “I know whatever it is we invest in her will be worth it.”

Victor Alejandro Barragan, CMS ’24, serves as INSPIRE’s graduate student instructor and coordinator. His goal is to pass on the things he wished he’d known at the start of his higher-education journey to students in the program so they can be better prepared.

When the university shifted to virtual learning due to the pandemic, Mr. Barragan and the rest of the team coordinated work so that not only would the program keep going, but it would be strengthened. Mr. Barragan — who also serves as program coordinator for Science Saturdays, which immerses local high school students in RFU research labs — said more teacher assistants of color were hired, and the team was more methodical about pairing the students to mentors. The program’s material is tailored to students’ needs as either first-time participants or those who have been participants for several years.

“Dr. Rasgado gives us this creative freedom, because he trusts us to succeed,” Mr. Barragan said. “In turn, we trust the students will succeed, too.” 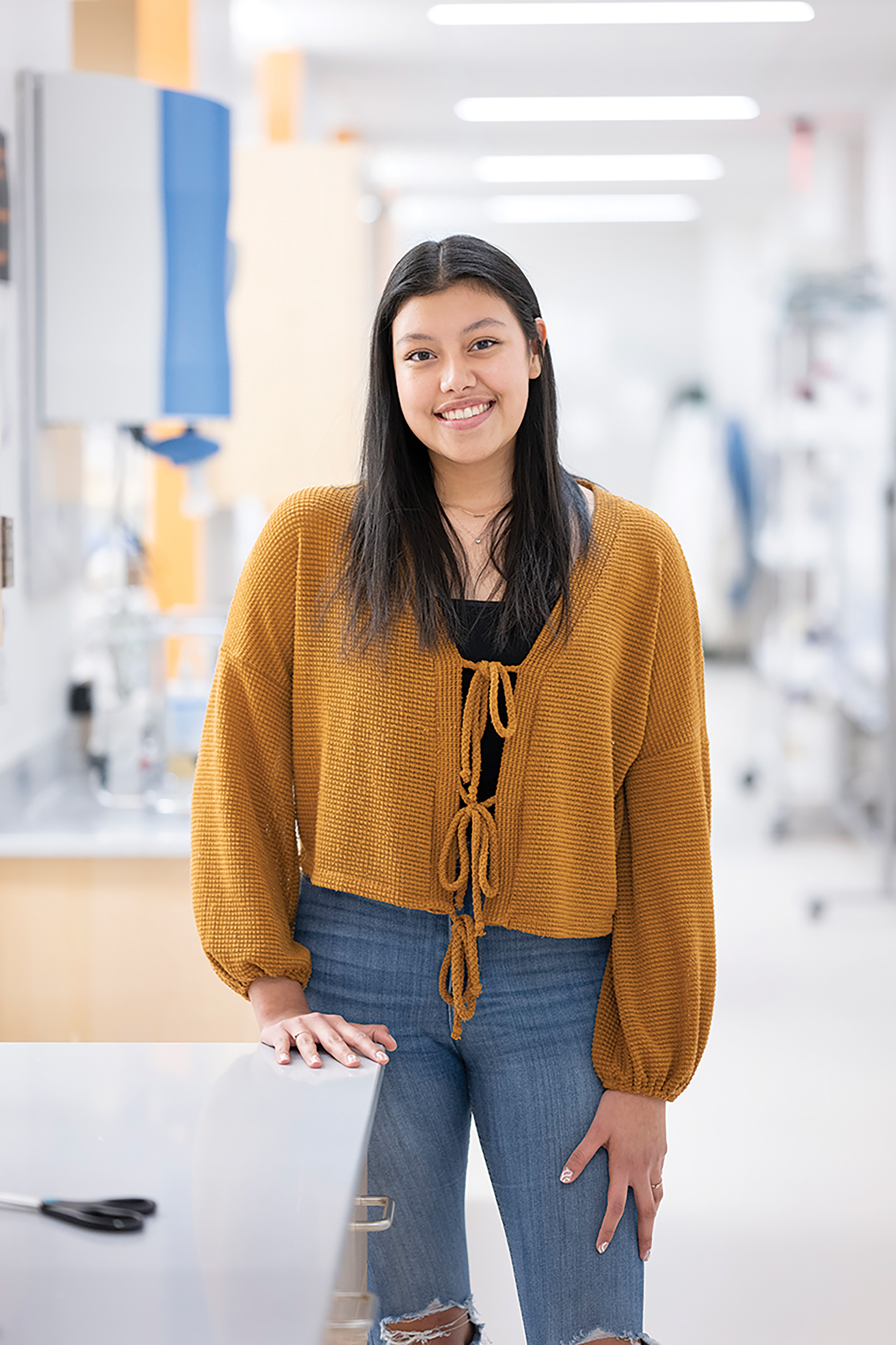 Having been in the program for three years with a spot already assigned for a fourth this summer, Lake Forest College student Perla Arias, 19, said INSPIRE helped her become proficient in time management and learning skills that have better prepared her for college. She said the core of her current Lake Forest College classes in neuroscience feels like a review.

Miss Arias added that she’s excited about her future and eager to be a beacon to patients who, like her parents did at one point, feel disconnected to the medical healthcare system because they feel they can’t trust it. Dr. Rasgado-Flores said in the United States, only 14% of doctors are minorities, and they treat 50% of the minority population.

“Coming from another part of the world has made me more resilient and a more humble person,” Miss Arias said. In a recent ThankView video made for donors whose generosity makes the INSPIRE program possible, Miss Arias thanked them sincerely. INSPIRE is supported by the Steans Family Foundation, the Gorter Family Foundation and the CPASS Foundation.

“Giving people who really want to make an impact a chance is really admirable,” she said. “More than just education, they’ve given me another perspective on how I can live my life.”

Daniel Martinez, 18, who is currently matriculating at Colgate University in Hamilton, New York, said INSPIRE’s exposure to what the world of higher education would look like has made the transition to college less challenging.

“The path looks rocky, but I’m not drowning, and that’s a sign I can keep going,” Mr. Martinez said, adding that his INSPIRE mentor’s advice is a powerful tool he uses to free his mind from anxiety so he can concentrate on his classes and be in the moment.

“Having that connection to a med student gave me a glimpse of medical school, from the MCAT to applications to interviews,” Mr. Martinez said. “If he can do it, I can do it.”

For Benedict Erharbor, 16, a junior at John Hersey High School in Arlington Heights, Illinois, his first summer in the program in 2021 opened his eyes to the magnitude of the task at hand if he’s to realize his goal to be a physician assistant.

“In my high school Zoom classes, people could just sit through the whole class quietly, but in my INSPIRE Zoom groups, the expectation was that you contribute,” Mr. Erharbor said. At first, he didn’t know how he’d handle all the work, but his mentor was always there to guide him, and soon he was having meaningful discussions with his peers about the material. For example, he said he enjoyed learning about histology, which he had never heard of before. The histology class was introduced in summer 2021. It’s an example of how the program adapts from year to year to meet the needs and interests of the students. Another new feature slated for summer 2022 will have the INSPIRE students receive instruction on how to take the MCAT.

Mr. Erharbor was able to participate in the program thanks to its shift to virtual learning, which allowed its slots to be open for students throughout the region since the transportation aspect was eliminated. Traditionally, INSPIRE is offered to students attending Cristo Rey St. Martin College Prep in Waukegan, North Chicago Community High School, Round Lake High School and Waukegan High School.

Dr. Rasgado-Flores said that while the program continues to shift and be made better by the resilience of its students and graduates — and by the INSPIRE participants — the goal to help underrepresented groups reach their full potential remains the same.

Yadira Sanchez Olson is a Lake County-based freelance writer who has written extensively about the Latino community.

Solving the Nursing Shortage A network of support, including mentoring, academic guidance and enrichment, along with clinical placements, internships and employment, awaits local high school students who enter the pathway, progress to admission at Lake Forest College and matriculate into a Master’s Entry into Nursing Practice program at RFU. Read More

How Can Institutions Respond to the Challenges Students Face in Affording Health Science Education? These past two years have led to a great deal of introspection. More than ever, we have become aware of just how connected we are, and how an impact we have on a personal level can have an effect on a community and even a global scale. Read More

The EatWell Culture The off-putting food pyramid is long gone. The more straightforward plate has taken its place. Everyone knows the plate and the same 30 to 40 foods, according to Jasmine Westbrooks, MS ’19, RD, LDN, CDCES, that end up there for our breakfasts, lunches and dinners. Read More

The Path to More Mobility From the bathroom of a research lab in San Antonio, Texas — where Claudia Moreno Romero, SCPM ’24, worked in 2020 — she whispered into her phone the news of her acceptance to the Dr. William M. Scholl College of Podiatric Medicine, and, on top of that, she’d been awarded a $20,000 Scholl Foundation Scholarship. Read More

Filling a Prescription for the Community When Tracy Reed, DPM ’97, DABPM, sent her patients away with prescriptions, she couldn’t be sure they took the next step to fill them. Being in an under-resourced part of St. Louis didn’t help, since that meant many of Dr. Reed’s patients couldn’t always easily access pharmacies — or health care. Read More

How We Rise RFU Trustee Rosalind Franklin, the unofficial tender of the life and legacy of her aunt, Dr. Rosalind Franklin, and Marie Benedict, who specializes in unearthing the hidden stories of important women, met by Zoom for a conversation about the author’s latest work of historical fiction, “Her Hidden Genius,” and the scientist who inspired it. Read More

Developing Precision Medicines for Rare Diseases Michelle Hastings, PhD, looks forward to the day that she can give hope to parents of children with genetic diseases who reach out to inquire about potential treatments. Read More

The Ingenuity Behind the Luxury Whether dressing for the office or finding the right shoes for a night out, footwear decisions more often than not come down to style or comfort. As for Marion Parke, DPM ’09, she had grown tired of standing at the threshold of her closet mulling over which pair of shoes to wear. Read More

Eunjung Hwang Awarded Sloan Research Fellowship The Alfred P. Sloan Foundation announced in February that Chicago Medical School Assistant Professor EunJung Hwang, PhD, was awarded a 2022 Sloan Research Fellowship — one of the most competitive awards available to early-career researchers and is often seen as a marker of the quality of an institution’s science faculty. Read More

Art of Knowledge Art can be found in all areas of life, including nature and science. In fact, student nurse anesthetist Amy Avila, CHP ’22, considers the practice of anesthesia to be both a science and an art. Read More