If You Build It

The signing of a five-year license agreement last year by Inspirotec, Inc. was a step forward for the university and its many partners, who believe that expanding collaboration between academic research and the life-science industry is key to the continual improvement of prevention and treatment of disease.

“We’re energizing and guiding biomedical entrepreneurship,” said Executive Vice President for Research Ronald Kaplan, PhD. “Nationally, statistics tell us that companies that are part of an incubator are twice as likely to succeed than those going it alone.”

One of the first member companies in RFU’s Helix 51 incubator, Inspirotec specializes in airborne allergen detection — using a patented air-sampling device for capturing and measuring various bacteria and viruses, including COVID-19. The company spent its two years in the incubator refining the development and marketing of its technology and conducting clinical sample testing.

The success of Inspirotec’s collaboration with RFU seems almost foreordained. Co-founder Julian Gordon, PhD, a former Abbott Labs senior scientist, earned his PhD at King’s College London in the same lab where RFU’s namesake, Dr. Rosalind Franklin, conducted her groundbreaking research on DNA — arriving the year after her departure in 1953. The incubator is named in recognition of her iconic Photo 51.

Nationally, statistics tell us that companies that are part of an incubator are twice as likely to succeed than those going it alone.

The renewable licensing agreement allows Inspirotec to expand its R&D activity and brings the university $400,000 per year in revenue. The company now occupies space on the IRP’s fourth floor. A planned Phase II expansion of the incubator will accommodate up to 10 more companies on the new building’s second floor.

The university is looking for a strategic fit on any new leasing agreements. The capture area is Lake County, northern Cook County and the southern Wisconsin region.

“We are cultivating companies that have overlap, complementarity with RFU research centers,” Dr. Kaplan said. “We’re looking for interaction with our research cores and some of our fee-for-service facilities. We’re prioritizing synergy with RFU researchers and faculty.”

The research park concept and the IRP’s state-of-the-art spaces, designed to promote collaboration and interaction between academic and industry scientists, are already helping the university recruit more top scientists and students.

“As we speak to very strong candidates, invariably the IRP is mentioned as a very attractive factor,” said Grace “Beth” Stutzmann, PhD, director of the Center for Neurodegenerative Diseases and Therapeutics. 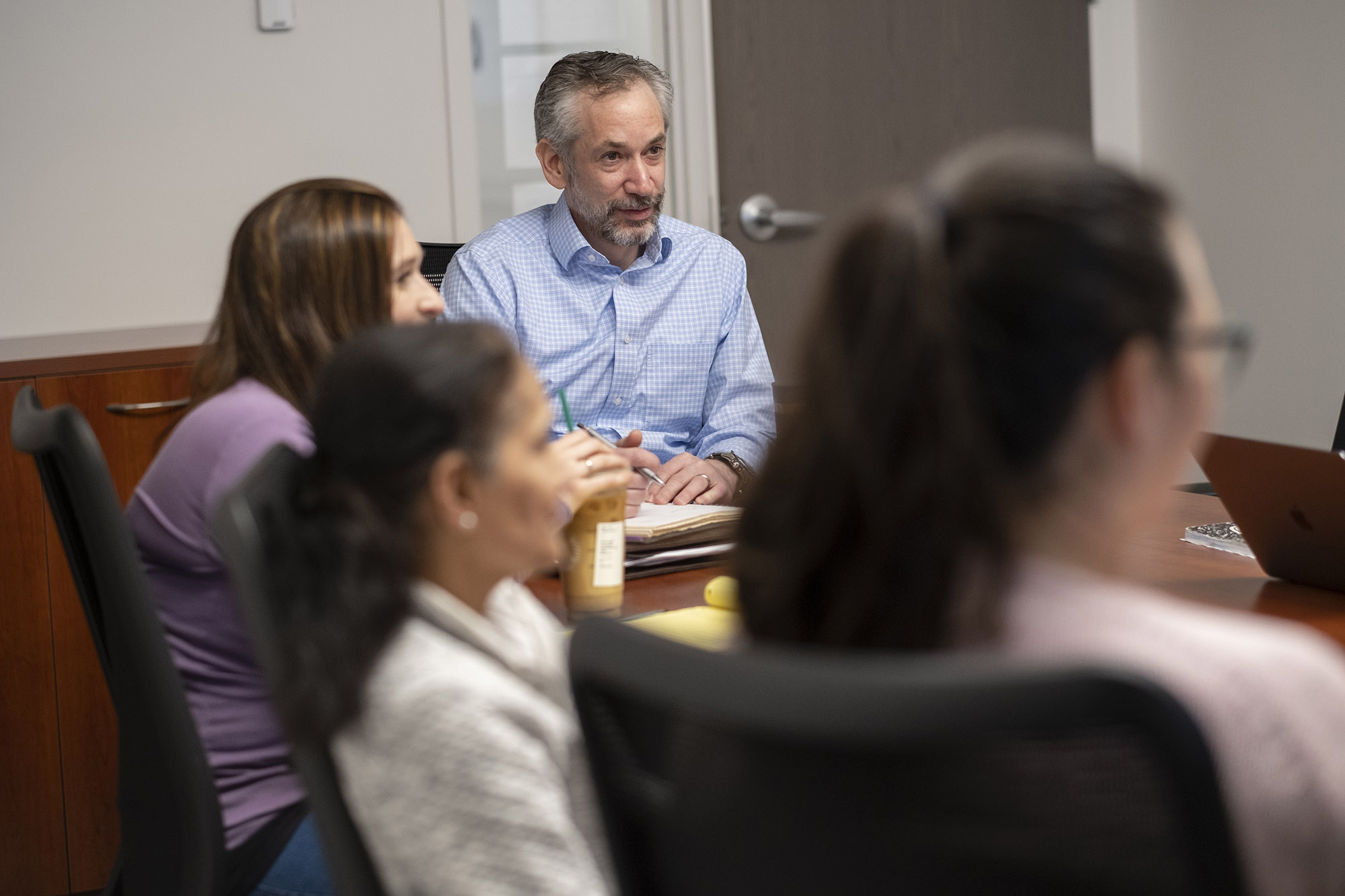 Brain Science Institute Director Amiel Rosenkranz, PhD, MS, and members of his lab discuss a project in a conference room inside the new Innovation and Research Park.

“We’re recruiting strategically for new faculty researchers who can help drive our center-based discovery,” Dr. Kaplan said. “We’re seeing the fruits of our vision and the strong positive impact of both our research centers and our research enterprise more generally. We fully intend to honor our commitment to economic development in our region — an estimated annual impact of $117 million — and to the state and local partners who embraced our vision.”

The IRP was celebrated in a virtual ribbon-cutting in January. Its first national forum on brain diseases was sponsored in October by the Brain Science Institute. Its first research agreement, between the Chicago biotech company Exicure, Inc. and the Center for Genetic Diseases, was signed in February. Strong organizational ties with regional groups — including the Illinois Science and Technology Consortium, Chicago Biomedical Consortium and Lake County Partners — are also helping to power the IRP forward.

“It’s the sum of so many efforts driving our success,” Dr. Kaplan said. “Our Innovation and Research Park and Helix 51 incubator are catalysts for discovery, and we want to put that discovery to work saving lives.”

Through the Microscope RFU faculty and students reflect on Dr. Rosalind Franklin as the RF@100 commemoration comes to a close. Read More

A Shot of Hope The Community Care Connection maintains a vital presence in underserved communities thanks to the support of RFU’s regional partners. Read More

Brain Trust The lab of Dr. Johnny He, director of the Center for Cancer Cell Biology, Immunology and Infection, identifies a promising therapy and therapeutic target for HIV-Associated Neurocognitive Disorder (HAND). Read More